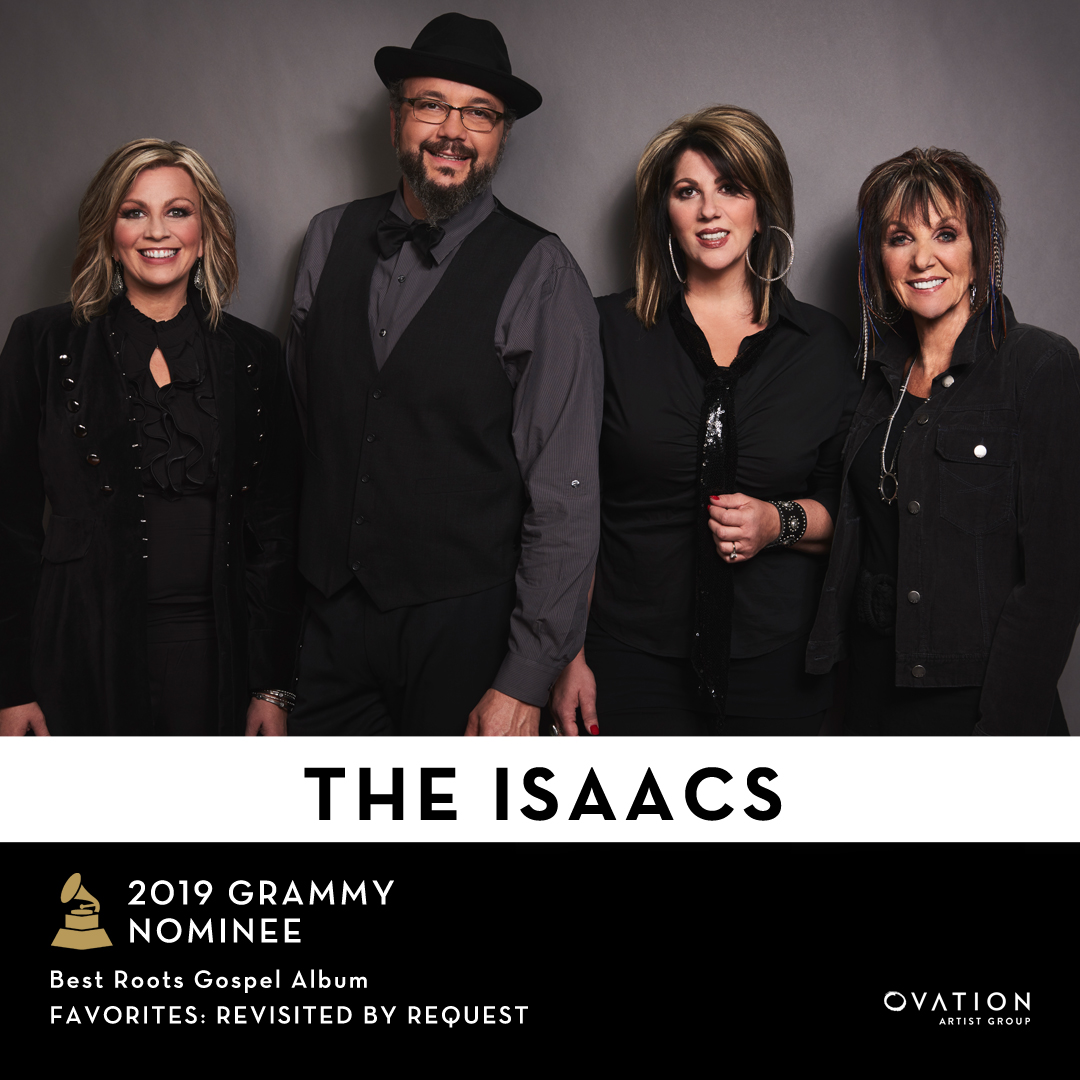 Nashville, TN – The Isaacs, one of contemporary music’s most harmonious groups, learned of their 2019 GRAMMY® nomination for the album, Favorites: Revisited by Request as "Best Roots Gospel Album" as they recently returned from a historic trip in Israel.  This is the group’s second GRAMMY® nomination in two years.  The album is produced by The Isaacs and executive produced by the legendary Terry Bradshaw. Be sure to catch them tonight on the “CMA Country Christmas” on ABC TV.

The Isaacs, Sonya, Ben, Becky and Lily, state, “We are overjoyed to learn of the 2019 GRAMMY® nomination for our latest album Favorites: Revisited By Request in the "Best Roots Gospel Album" category!  After performing this collection of songs for over 20 years, we went back into the studio and re-recorded them the way we sound today.  Songs develop the more you sing them...and we enjoyed revisiting these songs that were some of the first ever heard by The Isaacs.  This nomination confirms our feeling that some older songs deserve to be heard by new generations.  Our heartfelt thanks to the voters and to the Recording Academy!”

The group garnered their first GRAMMY® nod with the highly acclaimed 2017 release Nature’s Symphony in 432: A Journey From Pain to Praise.