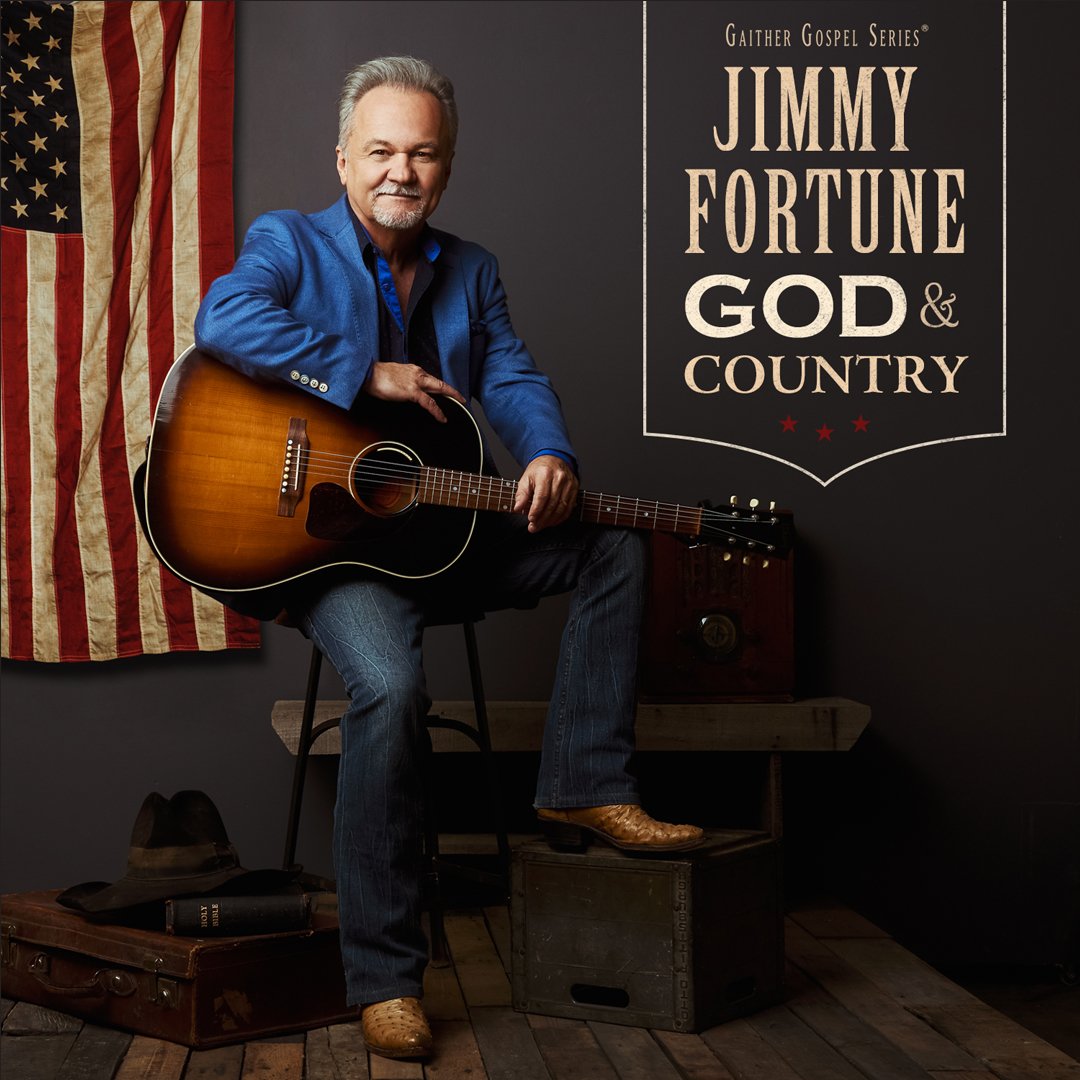 Nashville, TN – Country Music Hall of Fame and Gospel Music Hall of Fame member Jimmy Fortune is proud to announce his new album God & Country available across all music platforms on May 24. God & Country, released via Gaither Music Group, reflects and celebrates the beauty of America, the courage of those who have made it free and the hymns that have warmed the hearts of its citizens for centuries. The recording will also be available in Cracker Barrel Old Country Store® locations. Fans can pre-order God & Country on April 26 and receive the first instant grat track "God Bless America/America the Beautiful (Medley)."

“God & Country says it all because our country needs God and some positive input. I think when people listen to this project they will feel what this country was built on, and it will give them a sense of pride and hope for the future. God bless America!” exclaimed Jimmy Fortune.

Fortune, a 21-year member of The Statler Brothers, lends his unmistakable tenor voice to the stirring renditions of national classics and congregational favorites that create an expression of gratitude for our faith and freedoms. God & Country was produced by Ben Isaacs of the multi-award winning family group The Isaacs. The tracks were recorded, mixed and engineered at Ben's Den by Isaacs and Mark Capps and mastered at Georgetown Masters by Andrew Mendelson.

“The name ‘Jimmy Fortune’ has become synonymous with the sounds of country music, songs about faith and the fabric of America. This recording combines those things and showcases Jimmy's signature tenor voice that has made him instantly recognizable for decades. God & Country shines a bright light on the heart of this legendary singer, songwriter and musician," expressed Paul Sizelove, president of Gaither Music Group.

God & Country includes a new-rendition of The Statler Brothers' Top 10 hit "More Than a Name on a Wall." During his tenure with The Statler Brothers, Fortune co-wrote the hit as well as the group's chart-topping hits "Elizabeth," "My Only Love" and "Too Much On My Heart." Inspired by the story of a Gold Star mother challenging a teacher who panned the military, Fortune also co-wrote the fifth track on the album, "Meet Me at Arlington," with award-winning songwriter Dave Clark. The Statler Brothers were inducted into the Gospel Music Association Hall of Fame in 2007 and Country Music Hall of Fame in 2008, while Fortune was also inducted as a solo artist to the Virginia Musical Hall of Fame last year.

Gaither Music Group released Fortune's critically-acclaimed compilation album Jimmy Fortune Sings the Classics in 2017. The label also released Fortune's CD and DVD project Hits & Hymns which debuted at No. 10 on the Billboard Country Albums chart, No. 1 on the Southern Gospel chart and No. 6 on the Billboard Contemporary Christian chart. Fortune has sold over 100,000 CD and DVD units with Gaither Music Group.